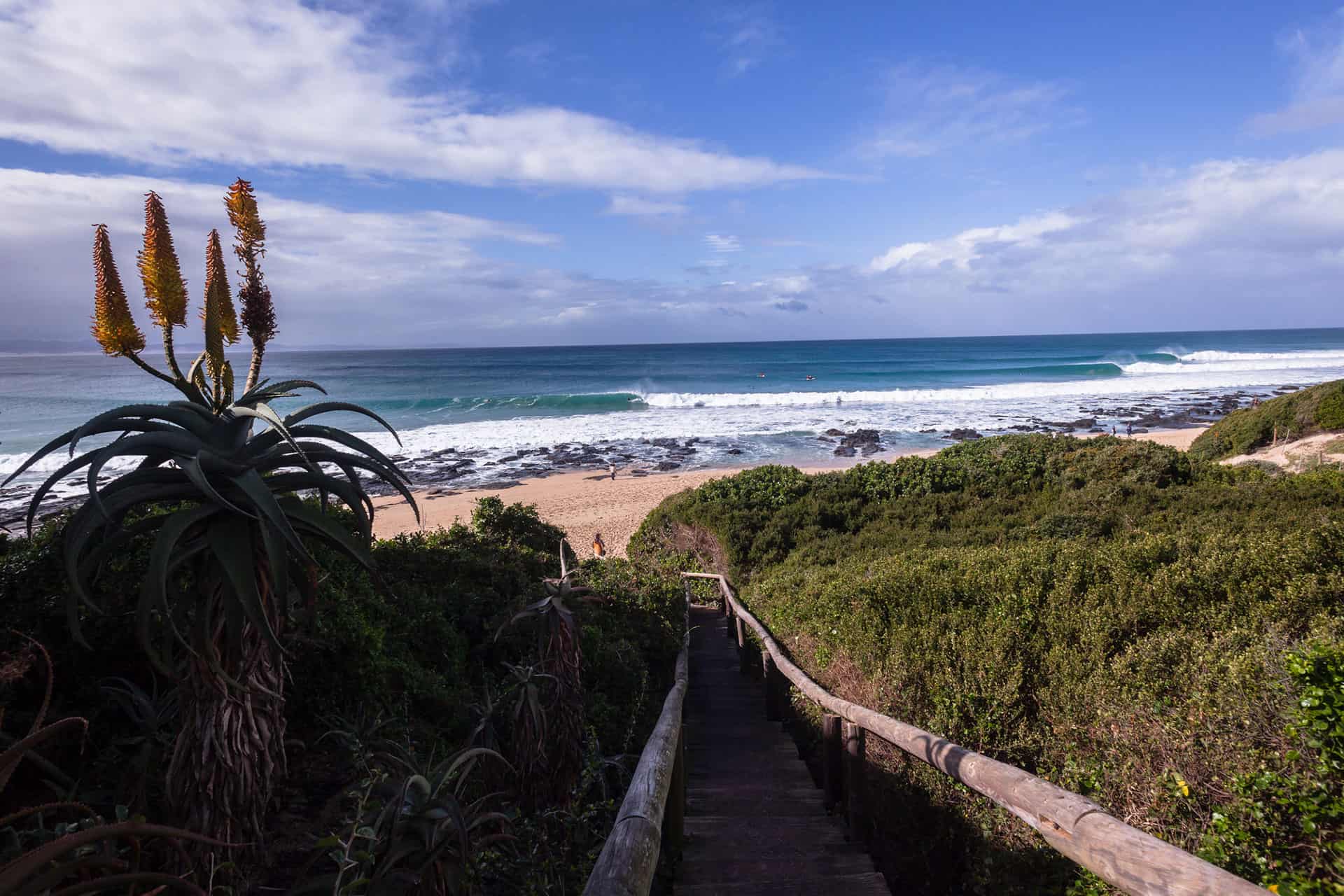 Located on the beautiful Sunshine Coast of the Eastern Cape, and short drive from Port Elizabeth, Jeffreys Bay is a surfing mecca of note and best known for its world renowned beaches and endless summers. Here are some amazing facts about Jeffreys Bay you might not know.

1. One of the World’s Best Surf Spots

Jeffreys Bay is one of the world’s best surfing spots and is home to the best right hand surf break. Loved for its beautiful sandy beaches and legendary waves, it’s a playground for international surfers and ocean lovers alike. The wave season runs from the winter (June to August) but great waves can also be seen as early as April or as late as September.

The premier wave is at Supertubes, a favourite amongst international surfers, and is the venue for the WCT world contest surfing tour. The waves can reach an incredible one-to-three metres high, placing it amongst the top 10 swells anywhere. As the name suggested, the waves are fast and getting tubed is what it’s all about. Supertubes Guest House is named after this surf break – on our doorstep. Other popular surfing spots in J Bay include Tubes near The Point, Albatross, Boneyards, Magnatubes, Kitchen Window and Main Beach. There is plenty of surf equipment to hire, specialist shops as well as surfing schools in the area.

With over 400 shell specimens on its abundant coastline, it’s no wonder that Jeffreys Bay is home to the oldest shell shop in South Africa. Established in 1969, The Original Shell Shop was founded by a shell lover who discovered the huge variety of shells on the Jeffreys Bay Beach. The shop is known world wide, and as the oldest shop in J Bay, it has kept its unique character adding to its charm.

Jeffreys Bay has a seemingly inexhaustible supply of shells that are replenished after every high tide. The same wave action that creates the perfect swells for surfing are also responsible for the huge variety of shells on our beaches. The Agulhas current predominates in the ocean, causing large numbers of warm water molluscs on the beaches. It should therefore come as no surprise that Jeffreys Bay Shell Museum boasts the biggest collection of shells in the entire country and attracts shell fanatics from all over the world. Some of the amazing shells housed here included the cowrie, rare paper nautilus, tiny baby jam tarts and and species of cone. The shell museum is open Monday – Friday from 10am to 3pm and on Saturday from 9am to 2pm. Closed on public holidays.

This beautiful coastal town is named after Captain Jeffreys, who sailed his cargo ship around the East Coast of South Africa in the 1840s. He was forced to land his ship after an epidemic of scurvy broke out aboard his vessel. He built a primitive port on what is now the Main Beach, and erected the first house in 1850 – a double-story mansion – that was known as “The White House”.

Jeffreys Bay is the hub of the calamari industry of the Eastern Cape. Angling as well as deep sea fishing is very popular here, and fresh seafood can be enjoyed in abundance in many of the town’s restaurants.

Jeffreys Bay Dolphin Beach is one of only six beaches in the Eastern Cape to have been awarded Blue Flag status ahead of the 2019/2020 summer season, confirming that J Bay is a destination of international standards.  This prestigious award requires the beach adhering to strict standards and is examined on various criteria including safety standards, water quality standards, environmental education initiatives, providing environmental information to the general public, the provision of services to bathers and general environmental management standards.

With such an interesting history behind it and so many amazing things to do, Jeffreys Bay is truly one of the best places to visit in South Africa! Plan your getaway to J Bay, and book your stay at Supertubes Guest House, ideally located across from Supertubes Beach, and near all the top attractions and restaurants. We offer a choice of self-catering units and house, as well as luxury bed and breakfast accommodation. Contact us today!

Jeffrey's Bay is famous for surfing and home to plenty of super tubes for the brave. Lucky for us we have Supertubes Beach on our doorstep!